If you've been following some of the new camera announcements this month with the Sony A99, Nikon D600, and Canon EOS 6D, you've probably heard a few references to 'uncompressed video output via HDMI'. In the lineup, Canon was the only one who limited this feature. There's plenty of benefits when recording from the HDMI output of your camera such as capturing to a higher bitrate ProRes format (instead of compressed MTS, MP4, MOV, etc).

Capturing directly to ProRes also speeds up post processing for those who still need to batch convert. It's also the same format the new BlackMagic Camera will have as an option when you're not shooting RAW. The high bitrate in the ProRes file maintains more information needed to push around color and exposure in post and can help prevent ghosting and pixelation from fast moving subjects that the internal compressed codec can't handle. Some cameras will benefit by retaining more information in the shadows and keep from blowing out highlights.

The Atomos Ninja-2 is one of those affordable devices that should pair up nicely with the new Nikon Full Frame D600, the Sony SLT-A99, or even the new Sony VG900. The Ninja-2 brings a higher resolution screen to double as an external monitor with features like Focus Peaking, Zebras, and False color. You can also dismiss that 10-12 minute time limit, because the Ninja can record continuously - a great option for Wedding guys that need the 'set it and forget' camera angle. I'm hoping to see some significant benefits when pairing the Nikon D600 to the Atomos Ninja-2 which should both arrive any day now... 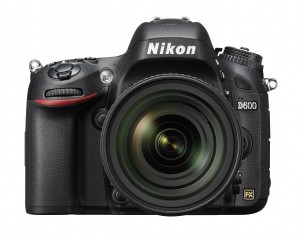 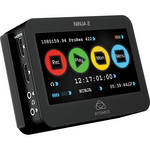 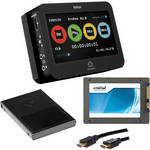